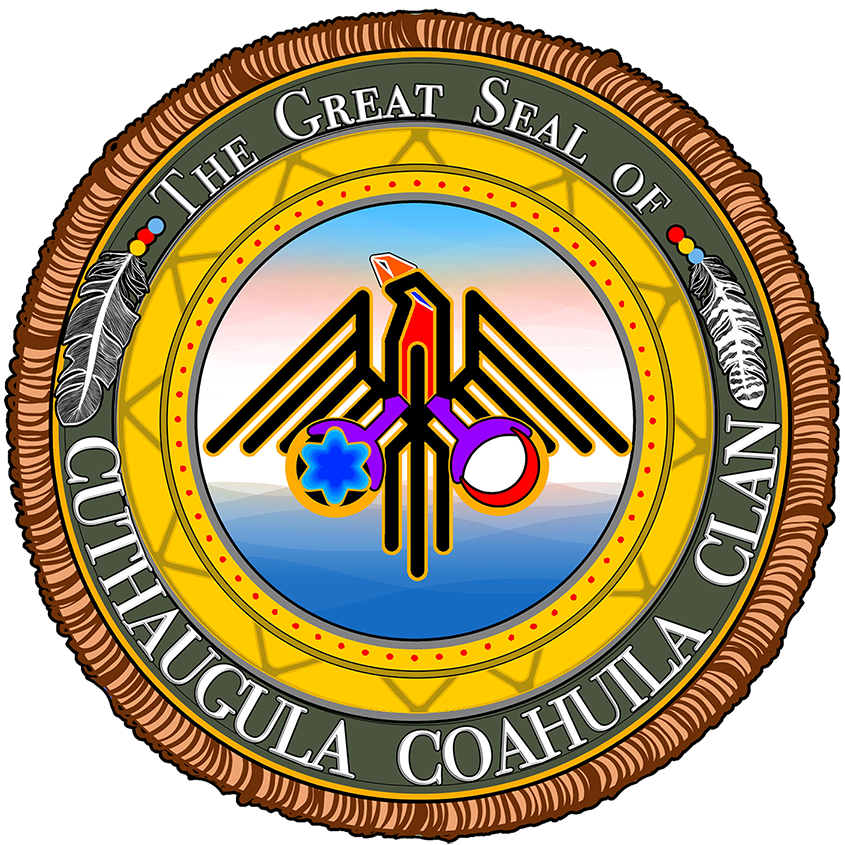 CUTHAUGULA COAHUILA aboriginal rights are protected as per United States Executive Order 12803 and 49 Statute 3097 Treaty Series 881, also, United Nations Declaration on the Granting of Independence to Colonial Countries and Peoples on 14 December 1960, UN GA/Res 1514(XV) and by provisions of customary and treaty based international law, granting the people all powers that had previously been claimed and exercised by alien peoples and their agents and assigns. Basic requirements that colonizing people transfer all powers to the colonized peoples is mandated at Article 5 of this Declaration and the affirmation of the Declaration on the Rights of Indigenous Peoples by the General Assembly A/61/L/67 September 7, 2007. The Independent Sovereign Treaty of Friendship and Proclamation of Independence, dated the 26th Day of August in the year 2020 is signed between: Independent Sovereign Maori-Tribal-HapuState, Wha Atua Nation, of Aotearoa (Nu Tireni/New Zealand), Maori State Government of 3 Constructive and Public Notice Aotearoa, Wha Atua Nation of Aotearoa; Independent Sovereign Nations of the National Association for the Advancement of Indigenous People (NAAIP) known as the Maipuri Arauan Nation.

IT IS HEREIN DECREED AND DECLARED that the aboriginal people of the Cuthaugula Coahuila Tribe do possess the right of self-determination and self-governanceas taken from International (UN) Conference Documents, Codes, Declarations (for reference), by voluntary consent and agreement, and by virtue of the principle of equal rights and self-determination of people enshrined in the Charter of the United Nations. It is herein decreed and declared that the Cuthaugula Coahuila people possess the right to determinewithout external interference, their political status and to pursue their economic, social and cultural development, and that every State has the duty to respect this right in accordance with the provisions of the Charter. Further, it is decreed and declared that the subjection of the MashapaugNahaganset people to alien subjugation, domination and exploitation does surely constitute a violation of these international principles, andsuch actions of oppression are fully considered a denial of fundamental human rights, and contrary to the RIGHTS OF MANand the LAW of NATIONS, which are subject to the intent of said Charter; delivered via the authority established within the International Covenant on the Rights of Indigenous Nations, initialed July 28, 1994. Geneva, Switzerland.

SUPPORTING INTERNATIONAL RIGHTS as established by: